Do you use heavy construction equipment? Are you thinking about hiring a machine? Do you need tips on improving business? If so, this blog is for you.

The ability to shift earth from one place to another in large quantities is a key consideration in many industrial sectors in Australia these days. For example, big civil engineering contractors require some of the mightiest land clearing vehicles of all in order to make way for new railroads, bridges or highways. There again, the large mining industry in the country will often be in need of very efficient earthmoving vehicles given that so much of the sector relies upon opencast mining techniques. Smaller contractors, which perhaps only get involved with housebuilding, still have a requirement for land clearing equipment. What are the most common earthmoving vehicles in use today?

Excavators are one of the most common sights on any building sites these days. They usually come with a pair of caterpillar tracks that mean they can get into position even on rough terrain. Operated by a single person, excavators are extremely powerful but usually need a tipper truck to transfer away the earth they are moving for them, or they will only be able to dump it again relatively close by.

Although a backhoe loader is able to do many of the jobs that excavators can, they have rubber tyres rather than treads. This means that they are much more manoeuvrable and can get from one location to another more easily, often using the normal road network. However, the tractor-like design of a backhoe loader is not able to shift earth in the same quantities as the larger excavators on the market.

Widely regarded as one of the most versatile earthmoving vehicles around, a skid steer loader is able to deal with all sorts of problems on-site. They are sometimes used to shift quantities of snow as well as earth, for example. Because they have a tight turning circle, they are also one of the most manoeuvrable types of land clearing equipment around. Skid steer loaders are relatively lightweight, which means that you do not face the problem of soil compaction, a particular issue if you are clearing earth from a site which is full of clay soil.

Generally speaking, bulldozers are the most durable earthmoving equipment. They may not pick earth up, but their high-torque design capability means that they can shove plenty of material out of the way. They are as equally at home moving soil as they are sections of rocky ground. Bulldozers are adaptable, too, insofar as they can have a different blade attached to them, which pushes the earth in different directions. 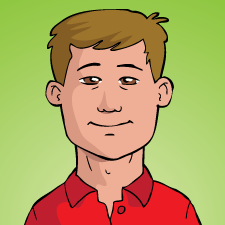 Do you use heavy construction equipment for your job? Are you thinking about hiring a machine for a project at your home? Do you need high-level tips on improving your business practices, or are you simply looking for ideas even an amateur could implement? If so, this blog is for you. It is going to include a range of tips and ideas, geared toward a wide range of audiences. Hi! My name is John. In this blog, I am going to pull research, tips for manufacturer's manuals and personal experiences together to create the most effective, timely tips for you and your business.